Last week we were in Manhattan and decided to take a little walk.

We made our way from the east side of 40th Street south to the Brooklyn Bridge.

Soooooo, of course we had to walk across to Brooklyn. 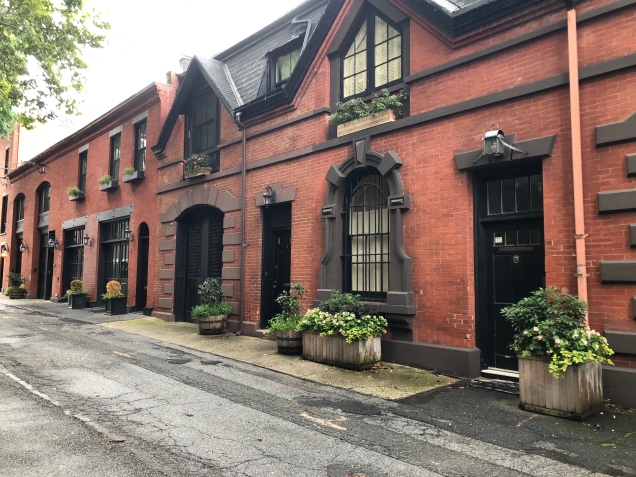 After checking out the Promenade, we wandered through the streets of Brooklyn Heights.

Those stately brownstones have some pretty serious door-bragging-rights! 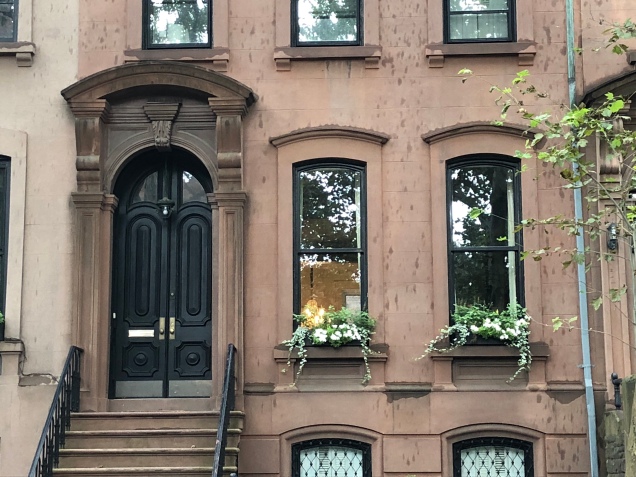 I couldn’t resist stopping to grab a few shots on my phone… to share with you. 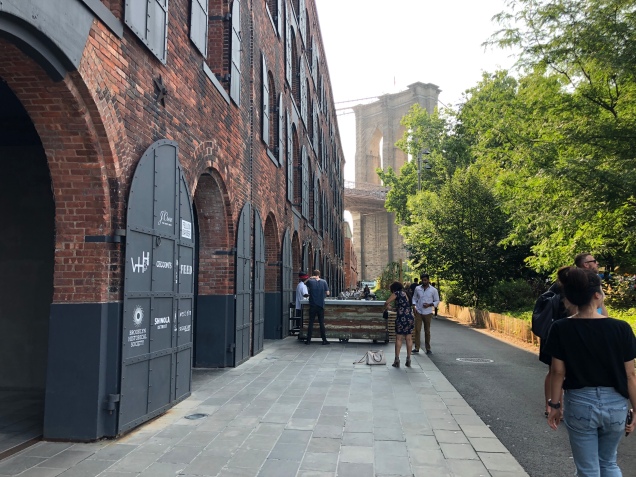 After stopping for a delicious pizza & salad, we made our way to Dumbo for a quick explore before heading back across the Bridge and to our hotel.

It was a long, hot walk. Something like 23 kilometres in New York’s August heat.

And still, it was an exhilarating adventure! One of those bucket list kind of days.

The lovely Agave plant which has captured our attention with her determination has outwitted latitude and climate (and frost) to reach a height of about 20 feet and bloomed!

As you know from previous posts, agaves only bloom once before they die. And as you can see here, her energy is definitely waning in comparison with her sister plants.

It’s been such an interesting process to watch. I have found myself drawn to visit and check on her. And I’m not alone. Whenever I pop by, she is always busy entertaining company.

Well, good for her. She’s done her job. And along the way, has given us all a little lesson in botany as well as in the power of hope.

The Tall Ships have been and gone.

After much anticipation and massive preparations, 25 Tall Ships visited Halifax for a festive weekend July 30 – Aug 1. There were parties, concerts, picnics, ship tours and fireworks.

Led by Sail Training International, Rendez-Vous 2017 Tall Ships Regatta is a transatlantic race of 7,000 nautical miles taking place over the course of five months in 2017. The race started at the port of Royal Greenwich in Great Britain on April 13.

It finishes in the port of Le Havre, France, which will welcome the grand winner between August 31 and September 3.

The Race route included stops in Portugal, Bermuda, the United States and Canada – coinciding nicely with Canada’s 150th Anniversary as a county.

From Halifax, 13 of the ships made their way to Lunenburg for the weekend of August 10-12. And what’s time we had!! 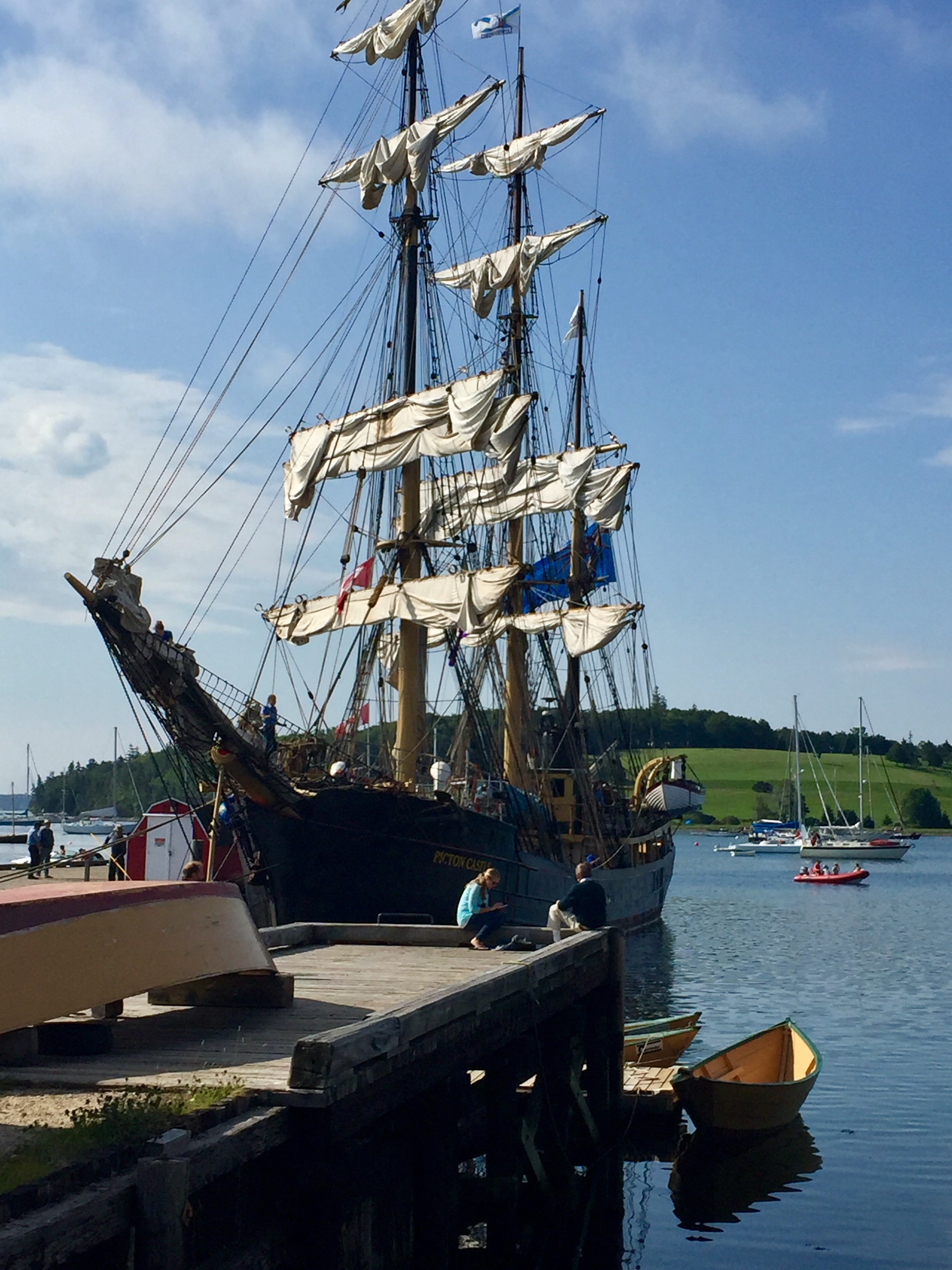 Alongside Lunenburg’s “shorter” waterfront (no high-rises here!), these tall masts seemed all the more impressive. 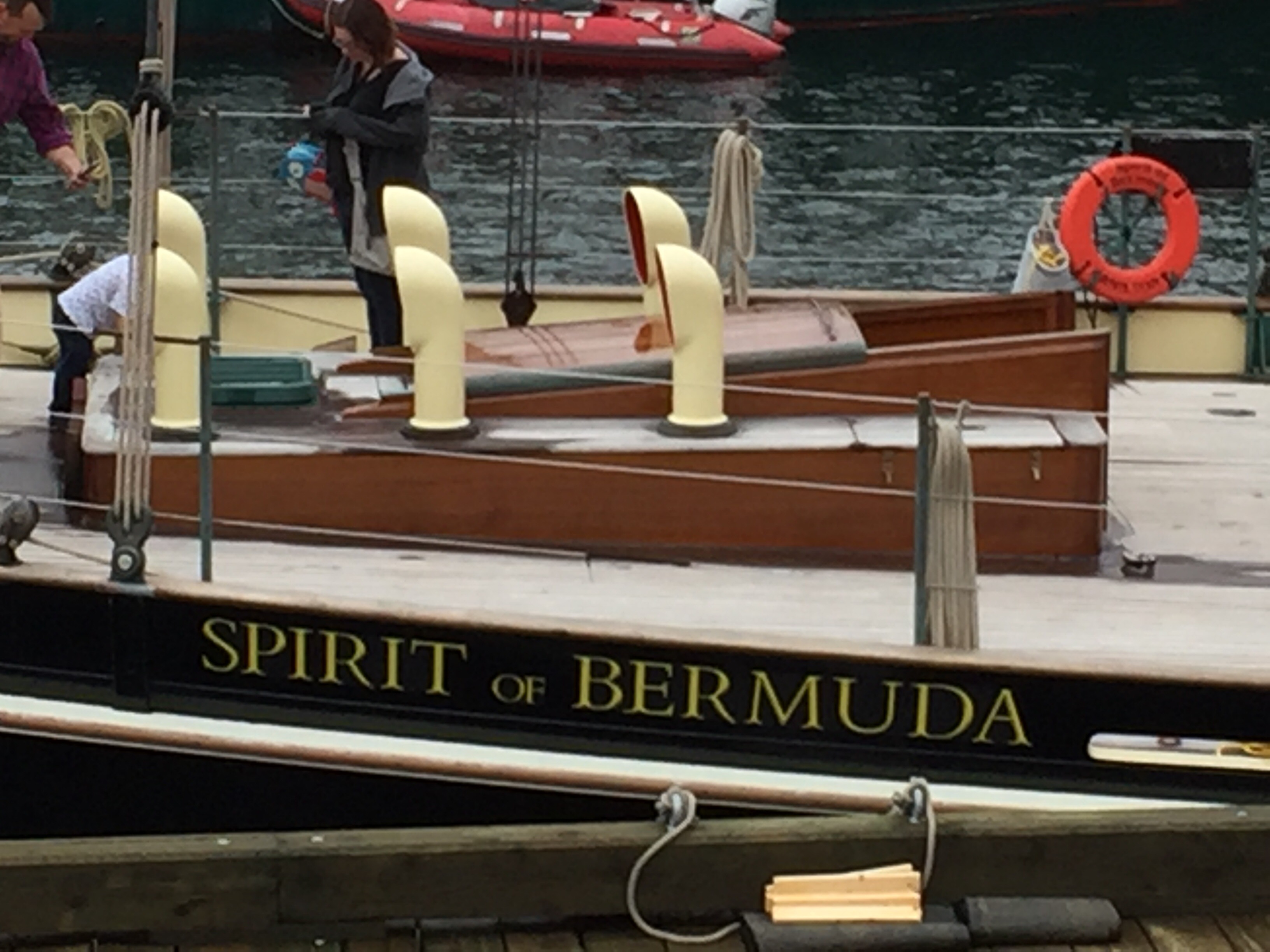 The party is over now. And we wish them all Fair Winds!

The brass bell aboard the schooner Bluenose II, on a rainy August Saturday in Lunenburg, NS.

The soft, fluffy down of a baby chick.

This little girl has gumption!

Her mama abandoned her nest just days before the egg was due to hatch. The egg was cold; we didn’t know if was still viable. But we took the chance and cobbled together an incubator out of a styrofoam cooler and a light bulb (Thanks again Internet). 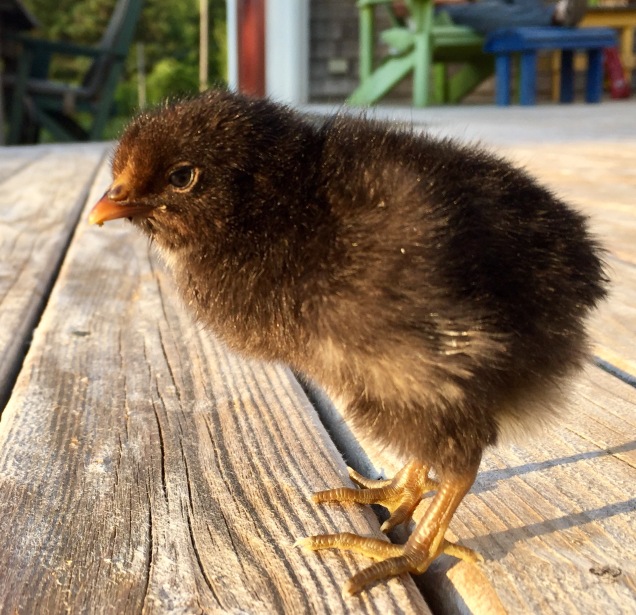 Right on schedule we heard chirping!  But a day later, nothing more than a wee hole in the egg. She seemed to be struggling, so we peeled back the shell and helped her out.  Back in into the incubator she went, to stay warm and dry off. 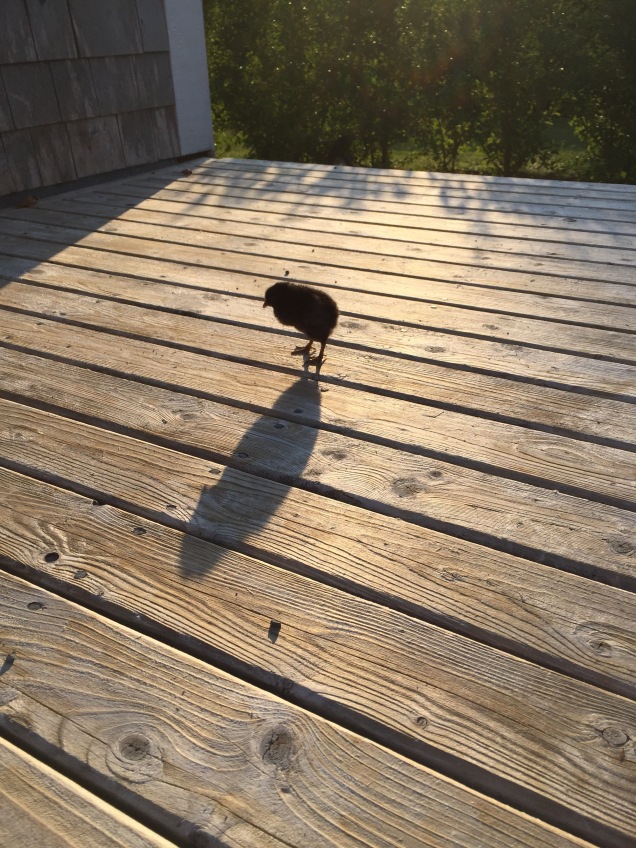 After a day or so, we tried to introduce her to her mama.  Maybe there was still some maternal instinct left?  Nope. The hen pecked the chick till she bled.

We rescued her again.

Now she is in a brooder in our laundry room chirping her little head off. My husband says she tweets more than Donald Trump.

On a rock … near Stonehurst, Nova Scotia. We paddled our trusty canoe out of Blue Rocks till we found this perfect picnic spot.

The town of Burlington, VT, as viewed from one of the beaches on the bicycle trail along the lake. 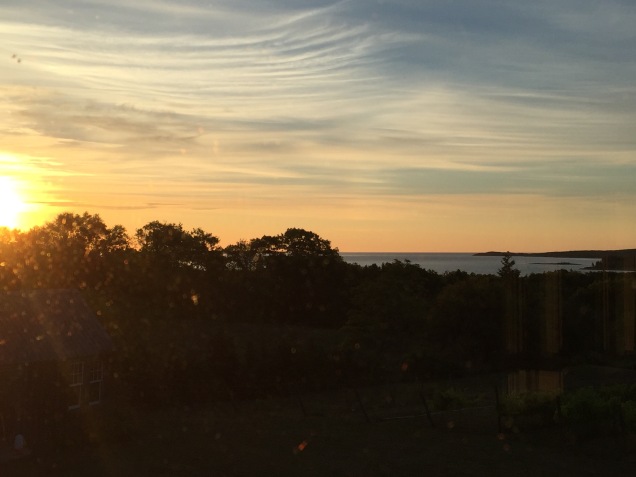 Think in the morning. Act in the noon. Eat in the evening. Sleep in the night. – William Blake

This quote works for me!!! (A notoriously slow starter in the morning)

Exploring the sea caves at the Ovens Natural Park. 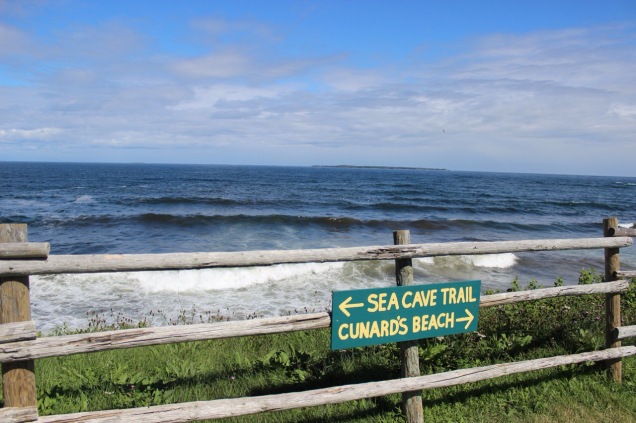 The Ovens Park is known for its beautiful setting, including the majestic sea caves, it’s history as a gold rush community (1861) and music.  It is owned by the Chapin Family (extended family of Harry Capin), so you can count on lots of great music almost every evening in the summertime.  But today we came too see the caves. Of course we kept an eye out for the glitter of gold. 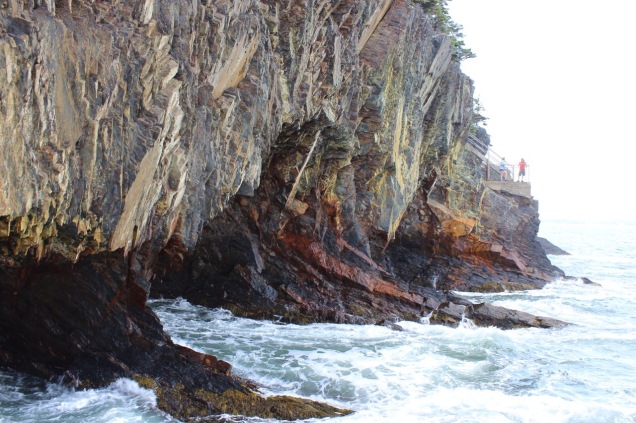 According to one of our oldest legends, a young Mi’kmaq entered one of the caves with his canoe and emerged on the other side of Nova Scotia through a subterranean passageway.

The concrete stairway leading to the viewing platform and the entrance to Canon Cave was poured in the 1960’s by three workmen mixing and hauling 2000 buckets of concrete….. All by hand.

What a Day! Two hours we spent hiking and touring the caves! It was an impulsive decision in the middle of the afternoon.  The finest kind!